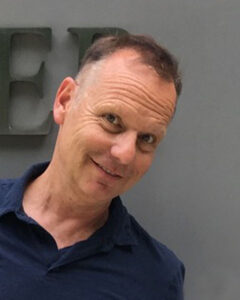 Uwe Carow is a sculptor and a poet. He studied art at the Düsseldorfer Kunstakademie in Germany and art history and german literature  in his hometown Bochum.

In the 80th he moved to Berlin, squatted a house and began collaborating with Katrin Bongard. Since then they are highly interested in exhibiting in special places like abandoned factories, empty store rooms as well as their own studio. (which for some time were old prussian military barracks.)

Uwe also worked as an agent in the film industry for over twenty years and founded the Book Label RED BUG BOOKS with Katrin Bongard in 2012 as a way to publish his graphic novels an poems independently.